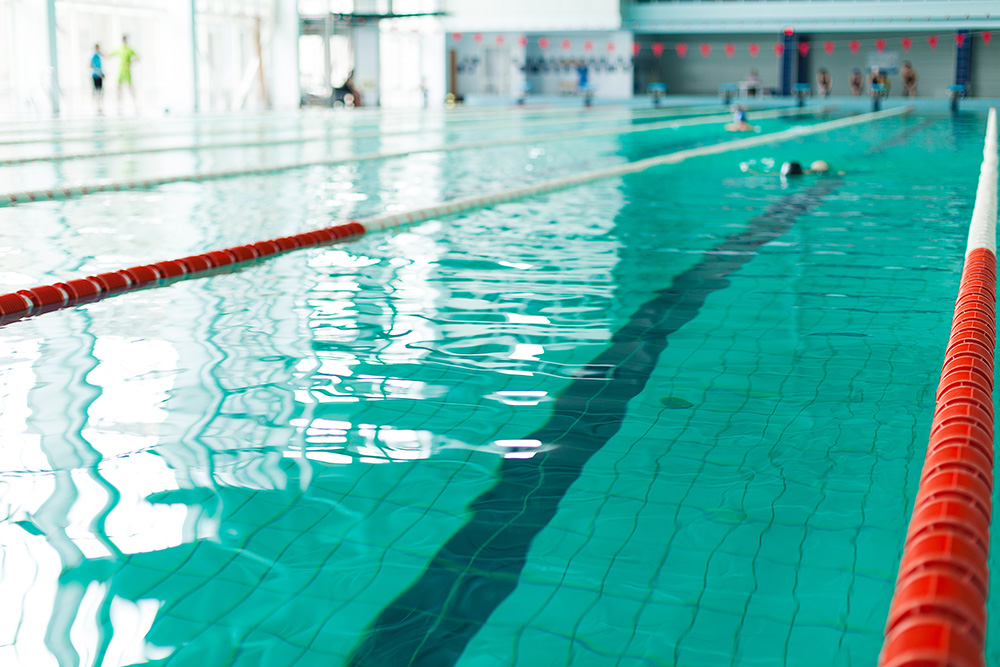 To support the development of a premiere accessible aquatic facility that will benefit the recreational, competitive, and community users in Aurora and York Region.

Membership is open to anyone who wants to support the expansion of aquatic programming in the town of Aurora. Important, group and individual stakeholders include:

Join us in support for the development of a premiere accessible aquatic facility which will benefit the recreational, competitive, and community users in Aurora and York Region. 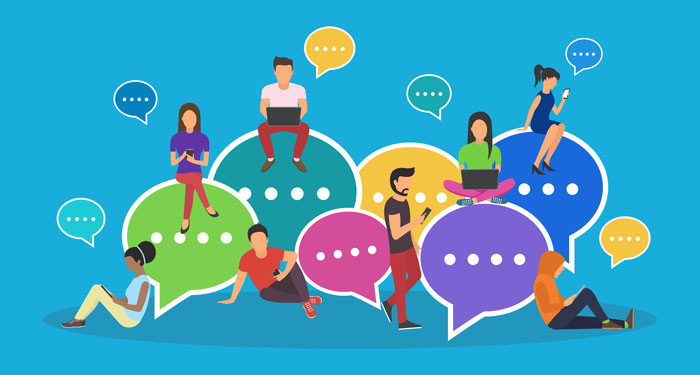 Have a question, comment, or suggestion?
We want to hear from you:

A word about the ISG Feasibility Study

ISG was hired to review and analyze the current aquatic programming and opportunities in the Town of Aurora and to make recommendations on long term expansion of facilities and programs based on needs and contemplated costs.

Does the Town of Aurora Really need a new Pool?
Any way you look at it the town is growing, and the current facilities cannot keep up with the current demand much less the projected future demand. The SARC opened in 2009 when the population in aurora was 48,0000 and from almost day one the facility was at capacity and now in 2020 with a population of 62,000 the facility cannot handle the demands in the learn to swim, adaptive P.E. and special needs areas never mind the competitive sport clubs. This coupled with the fact that SARC as currently configured needs to be reengineered to make it more functional allowing for new program creation, which in turn will drive revenue and cost recovery. The last important consideration is that by 2030 the town will reach a population of 74,900 and long term the population of Aurora will top out at 90,000. Any way you look at it there is demand for a new pool but the model also includes updates that can make the existing aquatic facilities more useful and beneficial to residents. This will be the town's last aquatic facility and was outlined as a requirement by the master recreation plan, so it is important that it meets our long term needs.
If so where is it logical to build?
The big idea is that we need fewer facilities and that the facilities we have should have different tanks with differing water temperatures to properly service child/youth programs, sport programs, seniors, and special needs programs. So, for this reason building on to SARC makes the most sense. Couple this to the fact that tremendous cost efficiencies accrue to building on to an existing facility versus building new from start and considering that the growth and hospitality industry for Aurora is all in the north East section of town SARC is the logical choice.
What is the best option based on the feasibility study findings?
Part of this answer must consider how Aurora views itself and whether it aspires to be the regional hub for York Region North as we are told is part of the rationale for library square. Of the 1.5M people in your Region approximately 800,000 live in the north and include Richmond Hill, Vaughan, King City, Stouffville, Newmarket, and East Gwillimbury. The second part of this response must also consider whether the town sees itself as building a facility that services the population of Aurora attracting young families to live here but also attracting the surrounding area to play and shop in Aurora. If the answer is yes, then the Event facility option 50 metre pool with flexible spectator seating for 900 is the best choice. This is because the building of a 50-metre pool will allow the current SARC pool to be reengineered into a warm water tank and renovated in such a way to maximize warm water programming. In turn the new pool will be designed with the community in mind and permit the rental of space to both Aurora and non-Aurora sport clubs driving rental income from selling space time as well as hosting regional, provincial and even some national events. If you look at the Feasibility study, the threshold cost recovery is maximized by building the larger event venue. A final critical consideration is that the larger pool has over 2,000 square feet of meeting, lobby and utility rooms that will benefit all the user groups of SARC including Hockey, Skating, Day Care and hopefully gym programming.
Why is providing different tanks of water with differing water temperatures so important?
User group needs vary widely as can be demonstrated by looking at the following groups: parent and tot, learn to swim, aquafit participants, special needs/adaptive P.E users and those of lane swimmers and competitive aquatic users. So, a facility with multiple tanks of varying temperatures is ideal. That’s why twining SARC makes so much sense. In a reengineered SARC the current tank could be converted into a warm water centre. The current lap pool temperature would be raised to 85 to 87 degrees. A ramp could be put in to facilitate special needs and adaptive P.E. As well this tank could be used for Aquafitness and extended to Learn to Swim and lifesaving classes. The current therapy pool would stay at 92 degrees but be reengineered to include a therapy bubble bench, geysers and massage fountains. The current zero entry slide tank could be renovated to service parent and tot and learn to swim for 3 to 6-year olds with a temperature of 86 to 88 degrees.

The 10 lane 50 metre pool would be set at 81 to 82 degrees for training and lowered for competition. This would work well for aquatic clubs, masters swimming, Special Olympics and a good portion of the lane swimming community. A critical consideration is the fact that the addition of a new pool and updates to the existing pools allow for better access to time and space for all users throughout the day and evening.
What components of the feasibility study demonstrate the value of programming expansion beyond organized sport?
The trend in aquatic facilities is towards rectangular recreation. Aquatic facilities need to be built for the entire community and in order to maximize revenue potential, new fitness-based programs need to be continually created and then implemented. Many municipalities negate the opportunity for incremental revenue programs by building too small and not allowing incremental growth of the community or the flexibility to adapt the space for other programming expansion. The study talks about programming trends such as paddle board yoga, aqua cycle, aqua treadmills, resistive in water training, water running, underwater hockey, obstacle course and climbing walls to name a few. The study also identifies expanded opportunities for family aquatic recreation and use. It also encourages Aurora to expand its programming offering and the staff requirements to build such a program. Using a strategy linked to optimal temperature requirements by program area is needed. The study demonstrates that the larger facilities actually generate more cost recovery but are dependent on incremental programming and a larger pool of third-party renters.
Does the revenue model really work and if so where are the efficiencies?
Yes, the revenue models as presented are based on similar revenue sized communities primarily in the United States as developed by ISG over the last 10 years. The model is based on investing in highly efficient mechanical systems and building a staff complement that can develop incremental programs (in water and professional services such as physiotherapy, special needs and adaptive P.E). Ensuring that the town is staffed properly permitting time for the staff to build new programs is critical. The town must also be prepared to rent to third parties who reside outside of Aurora. The study demonstrates that the larger options (sport training/Event facility) actually generate more cost recovery than the current format 48% recovery versus 63% recovery.
So why as a town of Aurora resident would I support a facility that in part will attract third party renters from northern York Region?
Simply put a larger facility will give the town access to a larger more flexible facility footprint that is operationally more efficient (i.e. 48% recovery versus 63% recovery). The incremental size of the facility will be more than covered by third party renters and event hosting and hospitably revenue generation. The event facility as proposed has the potential to generate 18 regional, provincial and national events, in the process generating 6,200 room nights per year. This is a direct annual economic impact of $5.3M and $8M. The added revenue from regional users actually helps keep the user fees and membership fees for Aurora residents lower while maintaining priority use for residents.
Are there government infrastructure programs that will help offset the capital costs?
Yes, the government of Canada is working with its provincial counterparts on several grant programs for shovel ready programs. The Interprovincial Canada Infrastructure Program (ICIP) grant is the most relevant and focuses on yearly intakes with a ceiling of $50M dollars. This is the same grant program that Library square applied for but was rejected. The ICIP grant includes a 33% contribution from the federal government, 33% from the Ontario government and the balances from municipal, private and locally secured financing. The SARC expansion focused in part on creating a regional sport centre has a very good potential to be successful with the support of the York Region and the Aquatic NSO/PSO sport organizations. The goal at a minimum should be to get the incremental cost of the expanded facility or $16M covered by this grant program.

A final critical consideration as part of the grant application process is that the larger event facility has over 2,000 square feet of meeting, lobby and utility rooms that will benefit all the user groups of SARC including hockey, skating, child watch and hopefully gym programming. This will make SARC more functional for the whole community and a broad cross section of users. Again, building on the regional sport centre hub for North York Region (Stouffville, East Gwillimbury, Newmarket, Richmond Hill, King, Vaughan) will only strengthen our ICIP funding grant application.
Why does it make sense to invest in sport & recreation facilities during Covid-19?
The government has over $3 Billion in unspent infrastructure funding. Those communities that have well developed plans that are considered shovel ready will be successful in winning these grants. Shovel ready requires fully developed architectural plans, approved provincial and municipal zoning permits and matching municipal funding in place. The very best projects require 6 to 8 months from approval to start of the program.
What’s the potential timing of any decision?
Hard to say given Covid-19 but we understand that the current council would like to make a recommendation in Q1 of 2021 ideally in time for the next ICIP intake?
What can I do to demonstrate my support?
Join the Aurora Aquatics, help us create a collective vision ”Swimming for Everyone”, attend our virtual town halls, and advocate in the community to town staff and town councillors.